I have two short stories in the new edition of a local, online literary journal (it's free!).  This quarter's theme is "Golden Age," and my two stories are: "Water Meat" about a date in South Korea, and "The Third Loneliest Woman in All of Whatcom County," about working in a kayak factory.

I've been enjoying the other stories as well.

Wherever you are, whatever you're up to, I hope you have a peaceful and happy Thanksgiving.  My sister and my nephew are visiting, and it's always nice to see them.  We're doing pre-made chickens instead of a turkey Because Tradition.  My Dad seems happy, and this will be our first sit-down holiday meal as an entire family (a small family) since -- I honestly can't remember.  Over a decade at least, since I was living in South Korea and only visiting during the summer.

One of My Happy Places 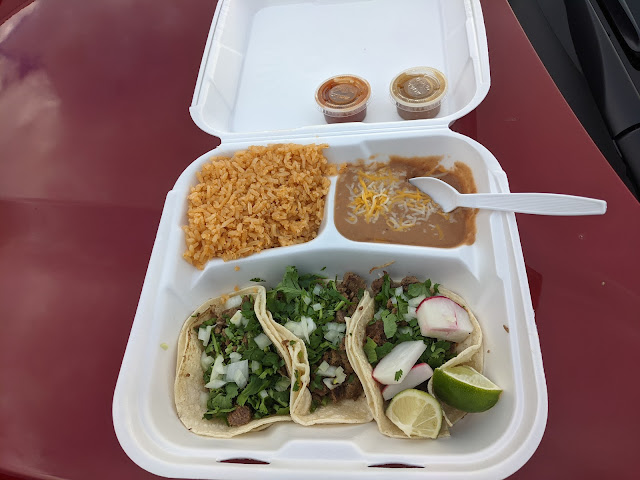 I never found good Mexican in South Korea (you gotta use lard, my friends).  So while Seattle might be a better place for finding the good stuff, I like Bellingham and El Tapatio just fine.  My only mistake was to order beef tacos before realizing they also had tongue.  Oh well, there's always next time.

Shai-Halud? It Was Pretty Good!

I finally saw Dune, and I liked it.  Denis Villeneuve is predictably excellent, and the performances and music were great.

I guess my only gripe (although a major one) is that he should have done the whole novel in one film, in one go.  If he doesn't like Marvel films so much, why go down the sequel path? 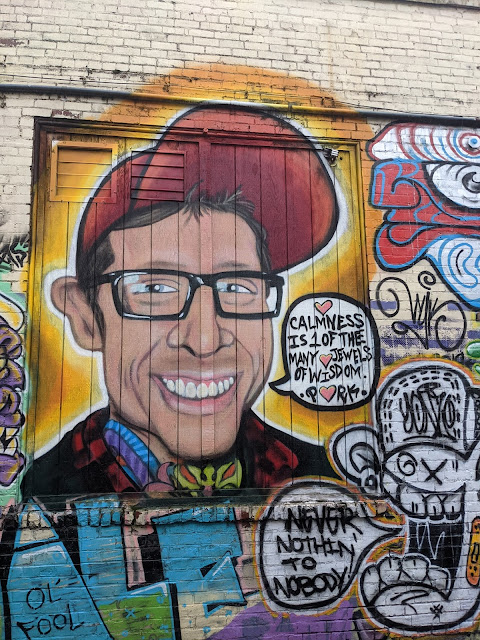 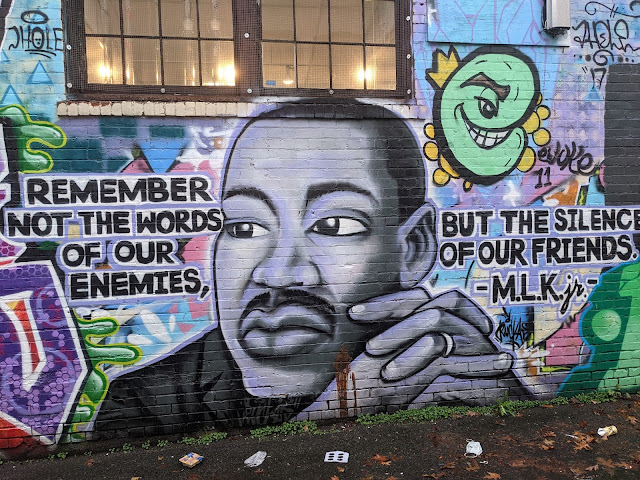 Fear on SNL (not the performance, a 10 minute documentary)

This is pretty great -- a short documentary on just how the infamous Fear performance on SNL went down, with tons of Ian MacKaye and John Belushi.

What's not to love?

I just finished my fourth day of training at the new job.  It's intense, and I have a lot to learn, but everyone I've met is really great and patient with me.  I'll have more to say eventually, but I think me and my Dad have worked out a schedule that allows him to be happy (not hungry, not too bored) while I'm out of the house.

Does that sound strange?  I guess so, but it makes sense from here.

It's very rainy in Bellingham this fall, that's for certain.

I Got A Job

I went in for my first day of work yesterday (Saturday) and signed a lot of papers, and went out for a pretty long orientation session with my new supervisor.  I'm going to be working weekends in the office of the local Humane Society, and I couldn't be more excited about it.  Everyone I met there seemed nice, and I'm looking forward to making a humble contribution.

How long will I be there?  Very long, hopefully!  The job is a good fit for me, since it still allows me to focus on my Dad.

So things are great.  It's getting colder.  My sister and my nephew are coming out in a few weeks for Thanksgiving.  I've got a ton of raking to do.  I'm keeping up with my five kilometer morning walks.  I'm happy not to be spending time every afternoon looking at local job openings.

This week I'll be training to work the phones.  As of next weekend, I think I'll start working my regular Saturday and Sunday schedule.

I probably won't have a lot more to say about it, other than that it will be nice to get out of the house (hey, even my Dad will probably appreciate having a break from me). 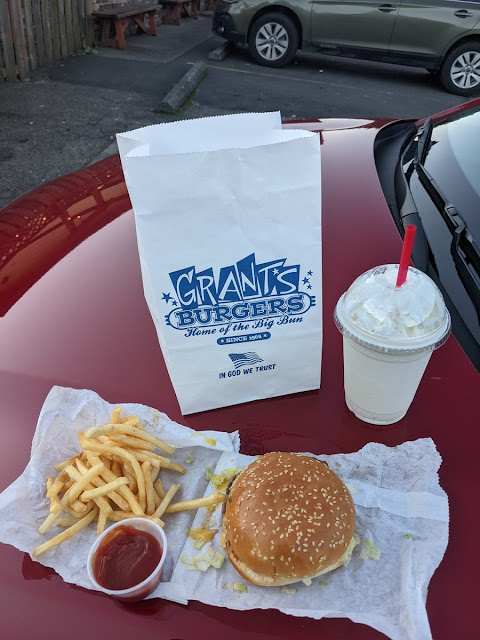 No, Bellingham doesn't have In and Out, but we do have Grant's!  I treated myself after my first day of work yesterday (yes, that's a vanilla shake).  Pretty good stuff.  Would nom again.

I just accepted a new job.  It's part time, so I can focus on taking care of my Dad, and for the first time in over a decade it's not teaching.  I'm going to start my training this Saturday.  I'll have more to say about it later, but it's a great organization and so far I've really enjoyed meeting the people I'll be working with.

When I lived out here for a year before moving to South Korea I made kayaks.  It was a tough, physical job (I wore a hardhat even!) but it payed off all of my debts before I moved onto that adventure abroad.  Things are much different now -- for the better.  Bellingham is not and never will be the best place to find solid, middle-class work (it's about one half retirees who come out and build their own houses, so construction is actually a growth field) so I'm feeling pretty good about myself, to be honest.  Based on my experience out here 12 years ago, there are a lot more places hiring and starting wages are a lot higher (almost double in some cases) what they used to be.  This is a very good thing!

For your Halloween reading pleasure and delectation, a story from me (cw: gore).  Happy Halloween!
Money Always Wins
The plan for Halloween was simple.  Stranded at that frustrating age between enjoying a night collecting free candy and a night of hard drinking and dancing in as little clothing and as much body paint as possible, the potential hook-up and all, Sasha, Sasha, and Joaquin decided to make their own fun.  They were all students at the local high school way up and out of town to the north, practically Canada but not quite.  Fall had already moved in – not the crisp, bright autumns you see in movies set in New England where people pick apples in over-priced fleece vests, but the rainy, dank fall of Bellingham, Washington.  The leaves didn't crunch under your feet as much as they turned to mush, and fat, confused slugs wondered where the sunshine was hiding before being pancaked by truck tires.  Battered pairs of jeans and leather jackets, each a size or two too small, were their uniforms now – like shivering little Ramones for the next five months.  Only tourists or old people would be caught wearing weather appropriate gear out here.  Sasha G., rarely acknowledged as pack leader but leader all the same, had made plans for the Saturday night before Sunday, Halloween day.  They were going to break in and search through the abandoned tribal casino just off the highway towards Mount Baker.
Sasha G. came from even further up the highway, where a few generations back a local Orthodox church had payed to bring entire families of fellow believers over from Russia.  There hadn't been too much thought put into just what these families would do once they were settled in the wilds north of the town proper, but construction jobs were usually plentiful.  People liked to retire out here – buy a piece of land with more trees than they knew what to do with, then cut them all down to make lawns, almost out of fright at so much wild nature being allowed to remain in place.  So a snowball of plumbers, electricians, and general workers who knew how to use a chain saw (or pretended to) could make something of a living out here along with the retirees from California and their pensions.  That's what Sasha G.'s own father did, close to retirement now himself, as well as Sasha B.'s father before the heart attack.  Joaquin's dad was a dentist in town but liked living out here with the deer and the squirrels and the rabbits, who actually seemed to love the isolation and quiet despite the fact that his wife and son very much did not.
Read more »
Posted by James at October 23, 2021 No comments: